Sorry! You missed The Adventure Zone at Kings Theatre 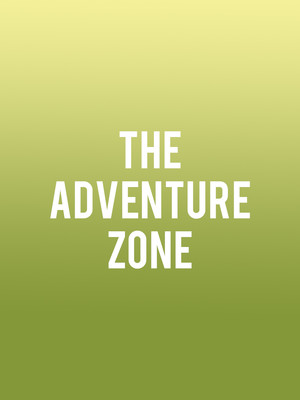 The story of four idiots that played DnD so hard that they made themselves cry.

Justin McElroy on the Balance Campaign

Why See The Adventure Zone?

Highway To The Adventure Zone

Who woulda thunk that three guys playing a table-top role-playing game with their dad would turn into a bonafide pop-culture phenomenon!? What started in 2014 as a special edition of the ever popular My Brother, My Brother And Me, The Adventure Zone bi-weekly podcast is the hilarious brainchild of podcast royalty The McElroy brothers and chronicles the whimsical adventures of their D&D characters Taako the elf wizard, Magnus the human warrior and Merle the dwarf cleric. Don't miss the continuation of their latest quest during this special live recording of the show!

Lasting a total of 69 episodes, the brothers' first campaign, entitled The Balance Arc, introduced the heroic trio to the public as artefact-retrieving adventurers for the mysterious Bureau of Balance, overseen by Griffin McElroy in the role of the dungeon master. They have since evolved over different campaigns and game formats, but the show's core tenets of off-the-wall humour, family bonds and and off-kilter storytelling remain.

Sound good to you? Share this page on social media and let your friends know about The Adventure Zone at Kings Theatre.