Sorry! You missed My Brother, My Brother and Me at Kings Theatre 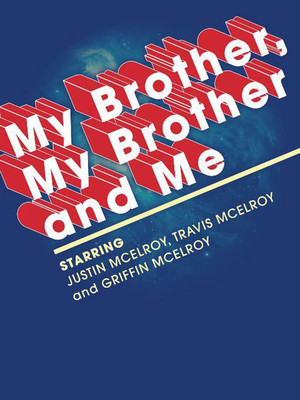 My Brother, My Brother and Me

While these brothers might have no right to give anyone advice, nobody in the world could do this as well as they do.

As the eponymous brothers of My Brother, My Brother and Me, Travis, Justin and Griffen McElroy have spent the better part of the last decade entertaining fans with their unique brand of advice and now they're taking the gig on the road! With previous questions including topics as far apart as how to deal with shitty friends to the phobia of having Batman smash your head into the mirror whilst you're using the bathroom, the brothers muddle their way through with heartfelt and hilarious results.

In addition to a hit podcast, the guys launched a television version in 2017, featuring a cast of characters from their hometown in West Virginia. So head on out for hugely entertaining evening in the company of the McElroys and their famed brotherisms.

Seen My Brother, My Brother and Me? Loved it? Hated it?

Sound good to you? Share this page on social media and let your friends know about My Brother, My Brother and Me at Kings Theatre.