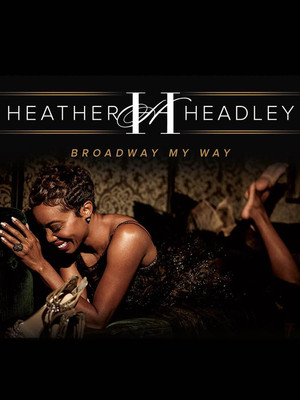 Heather Headley, the Tony and Grammy award-winning singing sensation heads out across the States as she brings you a collection of some of her favorite Broadway hits! As one of the most celebrated voices on Broadway see the star in this intimate and spine-tingling event like never before as she presents Broadway My Way.

From humble beginnings in Trinidad the highly talented Heather started her super-sonic career as Nala in the FIRST Broadway production of Elton John and Tim Rice's mega-hit The Lion King. Heather made her name and won a Tony award for Best Actress in a Musical as Aida in John and Rice's sensational Aida, which saw her career sky-rocket.

Since then Headley has released four solo albums with her second 'In My Mind' hitting number one in the US R&B charts. In 2016 Heather headed back to the Broadway stage as she starred alongside Jennifer Hudson in the 2016 revival of The Color Purple

Sound good to you? Share this page on social media and let your friends know about Heather Headley at Kings Theatre.