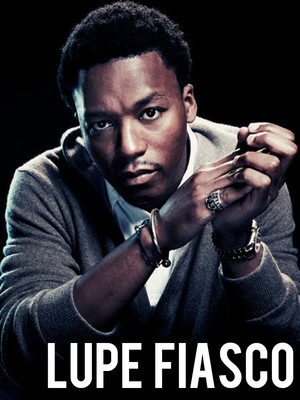 Fiasco hits the road on tour

It hasn't been an easy ride to the top for Chicago-born rapper and producer Lupe Fiasco. Releasing his seventh album, Drogas Wave (2018), Fiasco is now heading out on the road! An accompaniment to his 2017 release Drogas Light, this latest album is a fantasy tale about a group of slaves who survive a shipwreck and dedicate their lives to rescuing and releasing other slaves from their bondage. Fans will also get a taste of the third album to this series, Skulls, which is set for release later this year.

Fiasco is known for his honest performances, never relying on gimmicks or cheap tricks to elevate what's already a finely honed craft. Combining an array of styles from old-school hip hop to alternative soundscapes and samples, the rapper is at the top of his game artistically, so don't miss out!

Sound good to you? Share this page on social media and let your friends know about Lupe Fiasco at Brooklyn Steel.